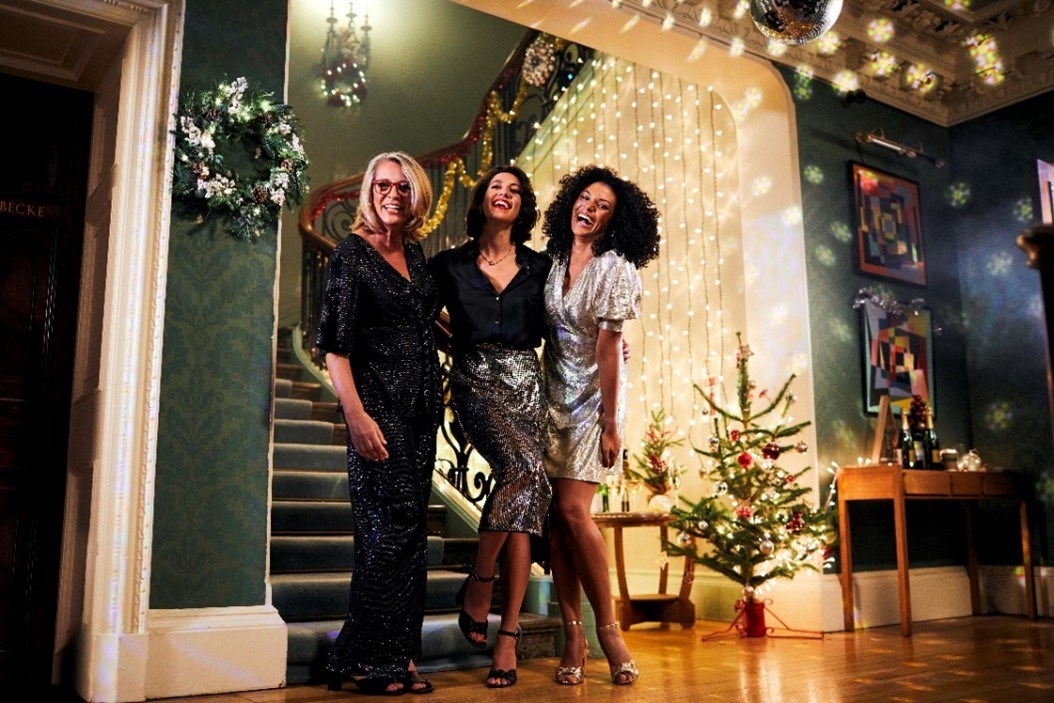 Created by McCann Manchester, the campaign will run across TV, VOD and social, and sees three people share their Christmas celebrations, and why they’re special to them.

Warm, funny, uplifting and above all relatable, the three separate TV ads each show a different scenario demonstrating the emotional connection many people feel during this season. Created to stir a sense of nostalgia and emotion with the audience, the campaign plays to Matalan’s on going brand message of Real Life Ready.

First to air is Evie’s story; the stylish, savvy woman enjoying a fun filled impromptu Christmas celebration with her neighbours, next is mum of two, Nikki, who is hosting an annual festive night in with her girlfriends, with music, dancing, cocktails and cooking the order of the occasion.

Last but by no means least, we hear from 5-year-old Max on what Christmas means to him, while he directs and creates a special boxing day play with his big sister, step-mum, and grandfather in his living room – homemade props included.

Commenting on the campaign, Jeff Howarth, Omnichannel Marketing Director at Matalan said: “We know just how much people missed being together last year, whether that be with extended family and neighbours or not being able to make impulsive plans, some of that Christmas magic was lost. We wanted this year’s campaign to be a celebration of those magic moments that make Christmas, Christmas.

He continued: “Christmas doesn’t have to be perfect, and we all know there is no such thing. It’s those family traditions and the intimate and spontaneous moments that really create the magic. We really think this campaign has captured this perfectly.”

Real Moments, Real Magic will launch tonight with a 30 sec spot during ITV’s Pride of Britain awards and will run until Sunday 18th December.