Paranormal investigators on the hunt for Bonis Hall ghosts 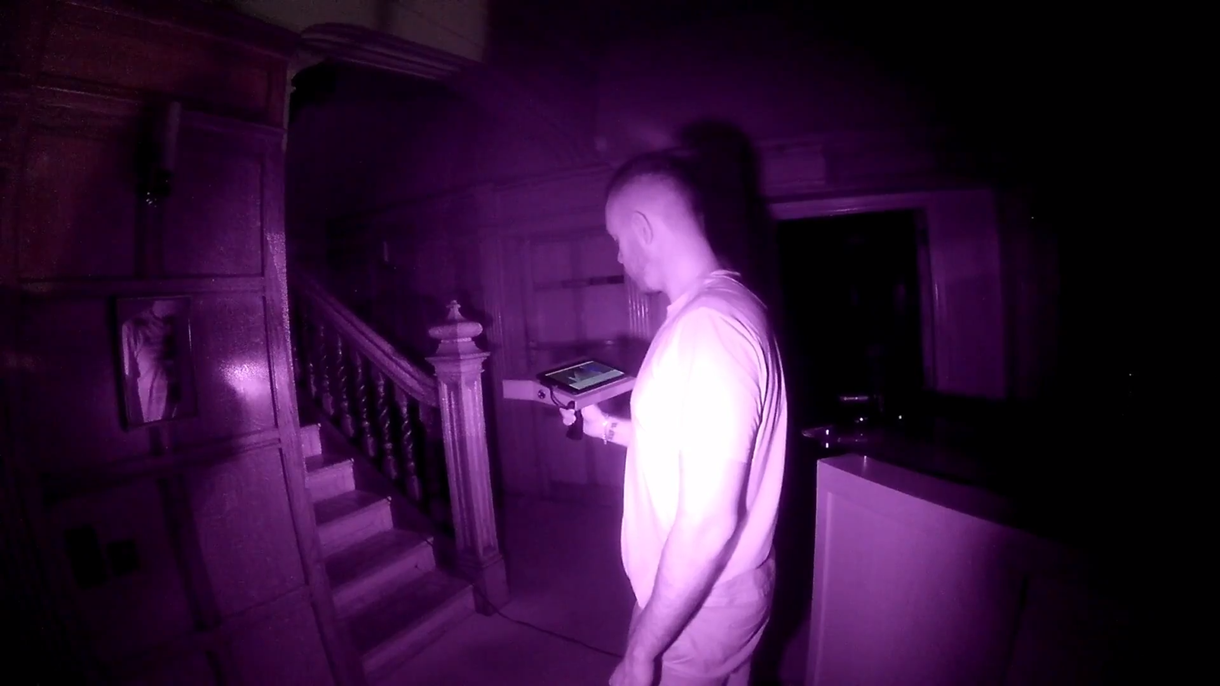 McCann Manchester has called in ghost hunters in an attempt to finally prove the existence of the gaggle of ghosts that are said to haunt its Bonis Hall headquarters.

The agency’s headquarters are well known for their fabulous setting among the Cheshire countryside – and the swimming pool and on-site pub – but they also have a long history of paranormal happenings, which continue to this day.

The Haunted Hunts team – as seen on the 2017 TV programme ‘Search for the Truth’ – recently arrived at Bonis Hall armed with cameras, sensors and the latest ghost-detecting technology and undertook an after-hours hunt in the Old Hall building, the Coach House and The Haunt – the agency’s famous on-site pub.

Agency employees will be taking paranormal matters into their own hands with three nights of guided ghost hunts to coincide with Halloween.

In 2014, the agency chronicled the many paranormal occurrences with the launch of a book of ghost stories to raise money for local charity East Cheshire Hospice – entitled Probably The Most Haunted Advertising Agency in the World – in which past and present employees were interviewed about their experiences.

Bonis Hall is alleged to be the home of the ghosts of a young girl, an old woman in Victorian clothing, an elderly couple and one of its former caretakers, amongst others.

Although none of these made an appearance on camera during the hunt, the team picked up a male voice who said his name is John during a session in the Old Hall with the SB7 Spirit Box, which produces a white noise frequency through which spirits can communicate. The Spirit Box also picked up the voice of a woman when used in The Haunt Pub who confirmed her presence…

The investigators then used a piece of equipment called the Paranormal Puck 2, which measures electromagnetic fields, temperature, humidity, light levels, barometric pressure, movement, ionisation/static levels and can be used to receive answers from spirits. They received several responses to their questions, indicating that The Haunt is one of the most haunted buildings at Bonis Hall.

The most chilling piece of evidence was captured using the SLS camera, which uses an infrared grid of dots to map paranormal entities that the camera recognises as a human shape based on the body parts and joints. After one of the investigators saw a shadowy figure downstairs in the Old Hall, they used the SLS camera and captured what they believe to be a small child near one of the downstairs rooms… Could this be the young girl that has had many run-ins with agency employees over the years?

The Haunted Hunts returned to Bonis Hall on Friday 19 October to film the investigation for an episode for their YouTube series (www.youtube.com/channel/UC6WTP2uCQydDIrCdh0L2wnQ). Little did they know that there would be a lot more activity that night… not all of it positive.

The most unsettling of the team’s experiences was when one of the group had her hair pulled violently – captured on camera – and also the laughing of a little girl and the sounds of running footsteps from above the team – again caught on camera.

Cameras also moved position and one was even switched off at the mains – these incidents seem to signal the presence of not just ghosts, but poltergeists… A different kettle of fish altogether.

One member of the team also began feeling very nauseous, while another felt increasingly aggressive – alleged two signs of a paranormal presence.

Because of the aggressive nature of the incidents the team left Bonis Hall early – if the gaggle of ghosts is too much for experienced ghost hunters, what hope is there for agency employees?

We will soon find out – for three nights over the next three weeks, agency employees will be going investigating in the hopes of experiencing pararnormal activities for themselves.

But what will they find? Will the Halloween season provide the perfect setting for increased paranormal activity? Will they finally capture proof of the existence of the famous Bonis Hall ghosts?

It remains to be seen…