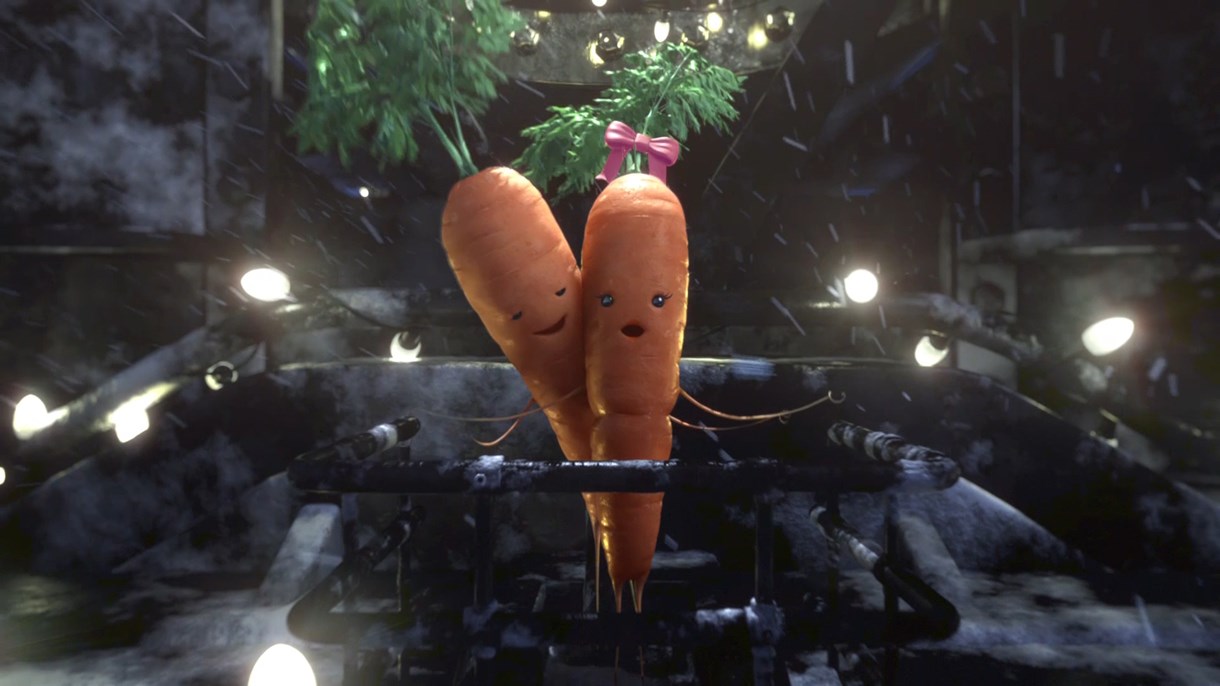 Its official, Kevin, the humble carrot who stole the nation’s heart last Christmas, returns for more adventures with discount supermarket Aldi. And this year he’s looking for someone special to share Christmas with….

You may have stumbled across him on Happn where he’s been looking for love all weekend. Well the diminutive hero finally finds the carrot of his dreams in the new 60 second TV campaign which airs on Tuesday 7th November at 7.15pm on ITV.

The new campaign has been created by McCann UK following the highly successful debut of Kevin in Christmas 2016 and will run in the UK and Republic of Ireland.

Adam Zavalis, Marketing Director at Aldi UK, said: “Bringing back Kevin was always a compelling option as he’d worked so amazingly well last year. We had our best Christmas on record delivering a 15.1% growth in the UK, with Kevin playing an important part in this success.

“This time around we’re exploring more of Kevin’s character and introducing the love of his life, Katie. Together they’ll explore our most incredible festive range ever, ensuring everyone can get everything they need for Christmas at unbeatably low prices.”

As Aldi’s new 60 second film opens, Kevin is discovered as a snowman’s nose… before being dislodged by the rumbling of an approaching train. Jumping aboard Kevin discovers this isn’t just any train, but a luxurious sleeper complete with dining car, brimming with Aldi’s amazing Christmas feast.

As well as being the hero of the brand campaign, Kevin and Katie will also be the stars of 14 product oriented sub-campaigns running as 20 and 30 second TV executions as well as being delivered across digital, social, outdoor, press, cinema, radio, door drop and in-store.

Commenting on the new campaign, Dave Price, Executive Creative Director of McCann UK of Aldi said: “It’s wonderful to see the return of Kevin, he’s become his own Christmas tradition. This year’s story has suspense, murder, romance and the most sumptuous food and drink. All in the most dramatic of settings. Kevin’s become a huge star, but he still manages to be down to earth. In fact, he came out of the earth in the first place…”

The sell-out Plush Kevin The Carrot soft toy will also be returning, joined of course by Plush Katie The Carrot. The toys launch in stores from 23rd November for £2.99 in support of Aldi’s charity partner, Teenage Cancer Trust.